The Sound of Fractals & Photographs

Every sound you've ever heard can be represented as an image and all possible sounds can be made from an image. Only Photosounder truly allows you to transform any sound as an image and to create any possible sound from an image. It is the ultimate bridge between the graphical world and the audio world, bringing the full power of image editing to the service of creating and transforming sounds.

Photosounder is the first audio editor/synthesizer to have an entirely image-based approach to sound creation and editing. Thanks to its powerful and omnipotent synthesis algorithms, it is capable of creating any sound possible. Powerful built-in image editing tools, some yet unknown to general image editing programs, are specifically tailored to enable you to create and edit sounds with ease in ways and with results simply impossible with other programs.

The immense possibilities offered by Photosounder are only starting to be discovered. Every day spent using Photosounder brings new discoveries, new kinds of sounds never heard before, new effects never approximated, new takes on classical effects or methods, all merely by combining the power of the simple set of tools built in the program.

Photosounder is available for Windows (64-bit, Windows 7 and above), macOS (64-bit, 10.9 and above). It can also run on Linux using Wine. A demo version is available, with the ability to save the resulting sound to file disabled, and a short silence inserted every 12 seconds.

The full version is available for $100 (about €100, £86 depending on the exchange rates) for a full commercial license. More details on the Buy page.

The following is a non-exhaustive list of what has been found that can be done using Photosounder. 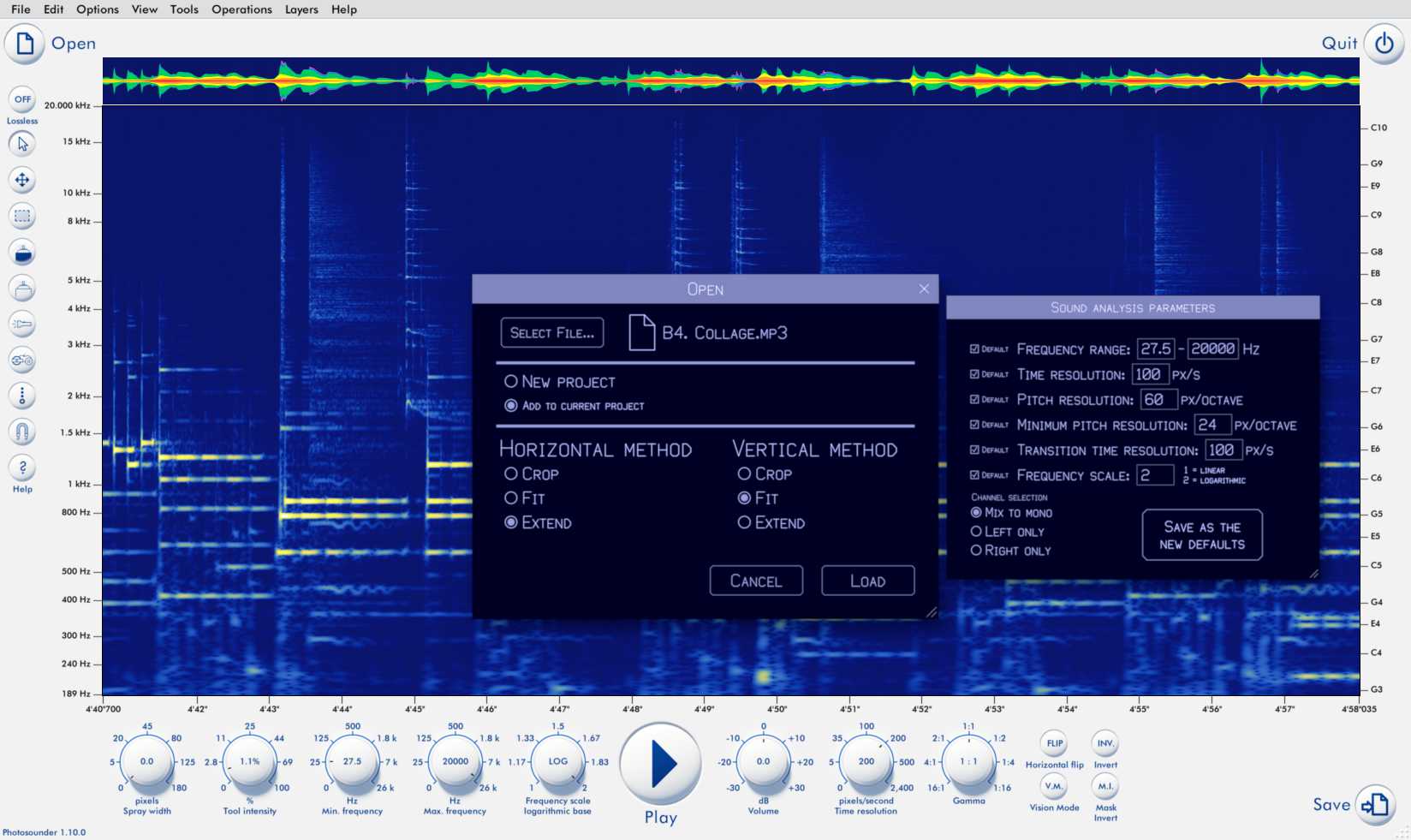 For any questions, suggestions, requests, send an e-mail to